Onoto is a British luxury pen brand dating back to 1905. Having seen two World Wars and found its way into the hands of several British Prime Ministers over the year and even used by Florence Nightingale, the brand has a heritage that endures to this day.  As a small company now based in Norwich, Onoto had been posting regularly on social channels, but with ambitions to grow the brand, it needed a partner to handle and expand on these activities so it could concentrate its own energy into the products and distribution. That’s where INNOCEAN came in.

With a light touch at first, our in-house team began to curate the weekly content to be posted, writing the text to go with the beautiful photography supplied to us. Over time, we began to make recommendations on how to optimise the posts and posting cycle, as well as which products and to promote based on what was going on in the world. Be it an anniversary of a historical event, or a newsworthy theme that lent itself to one of the pen collections. 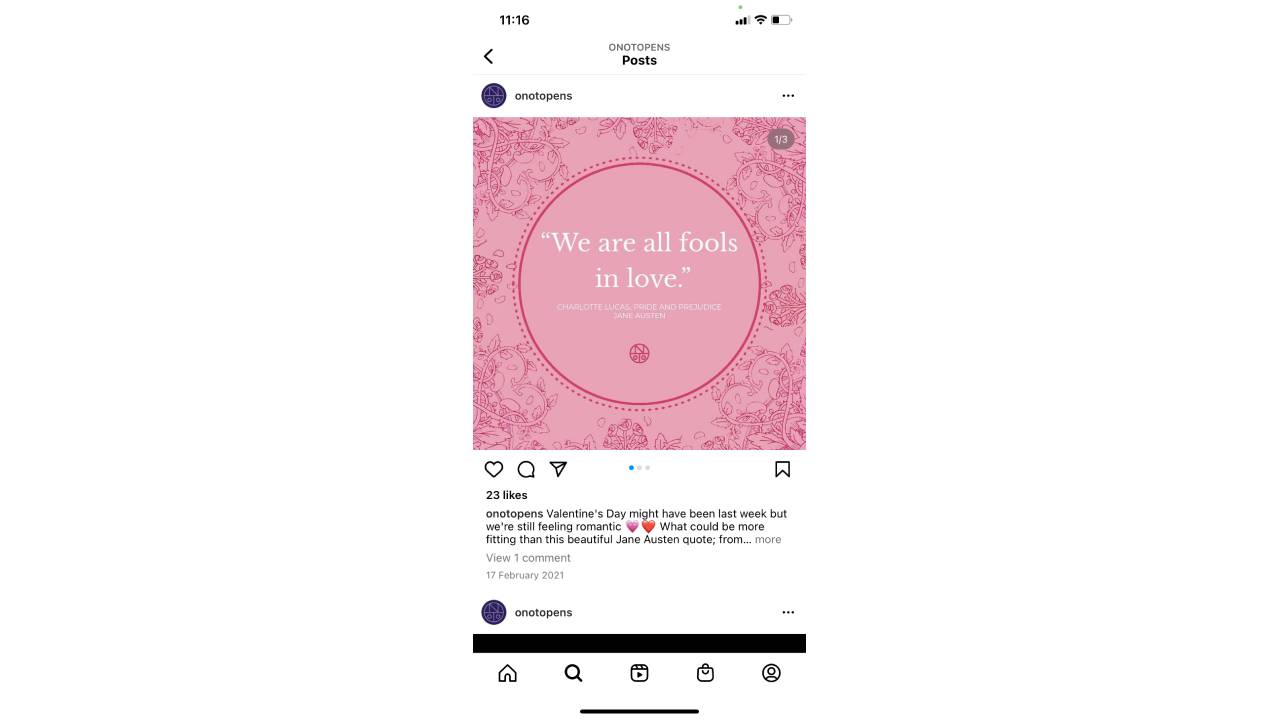 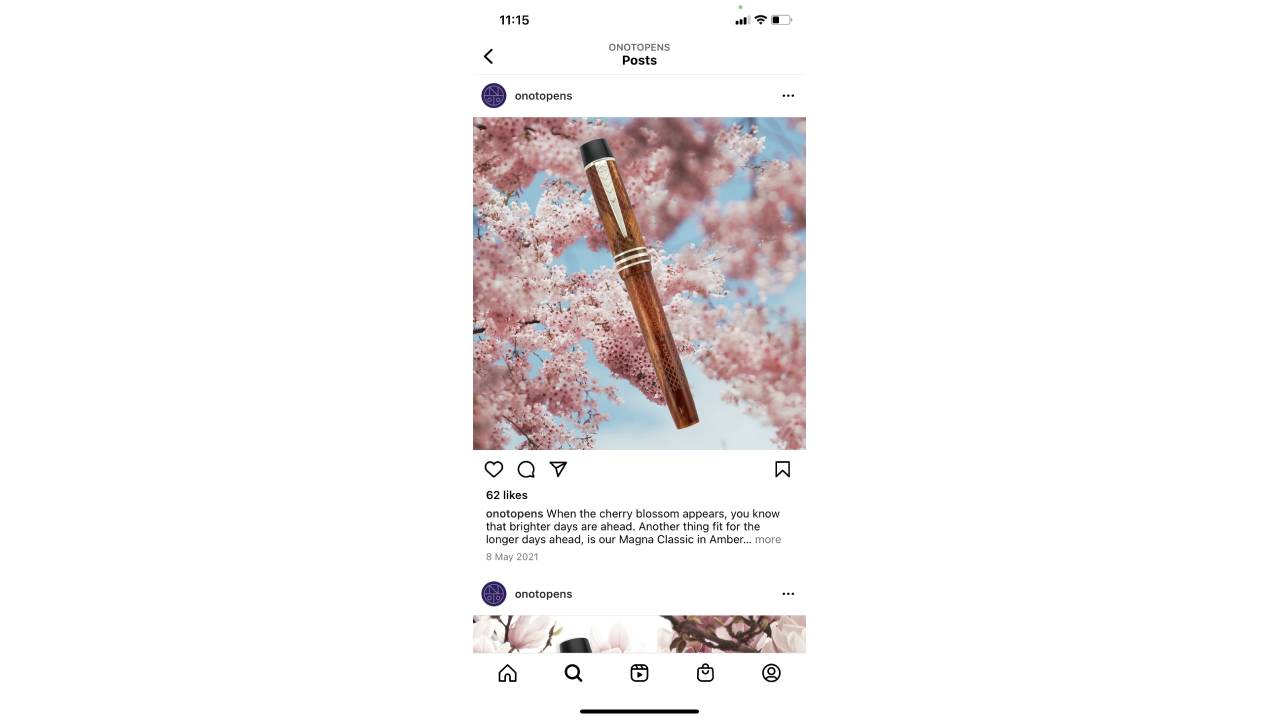 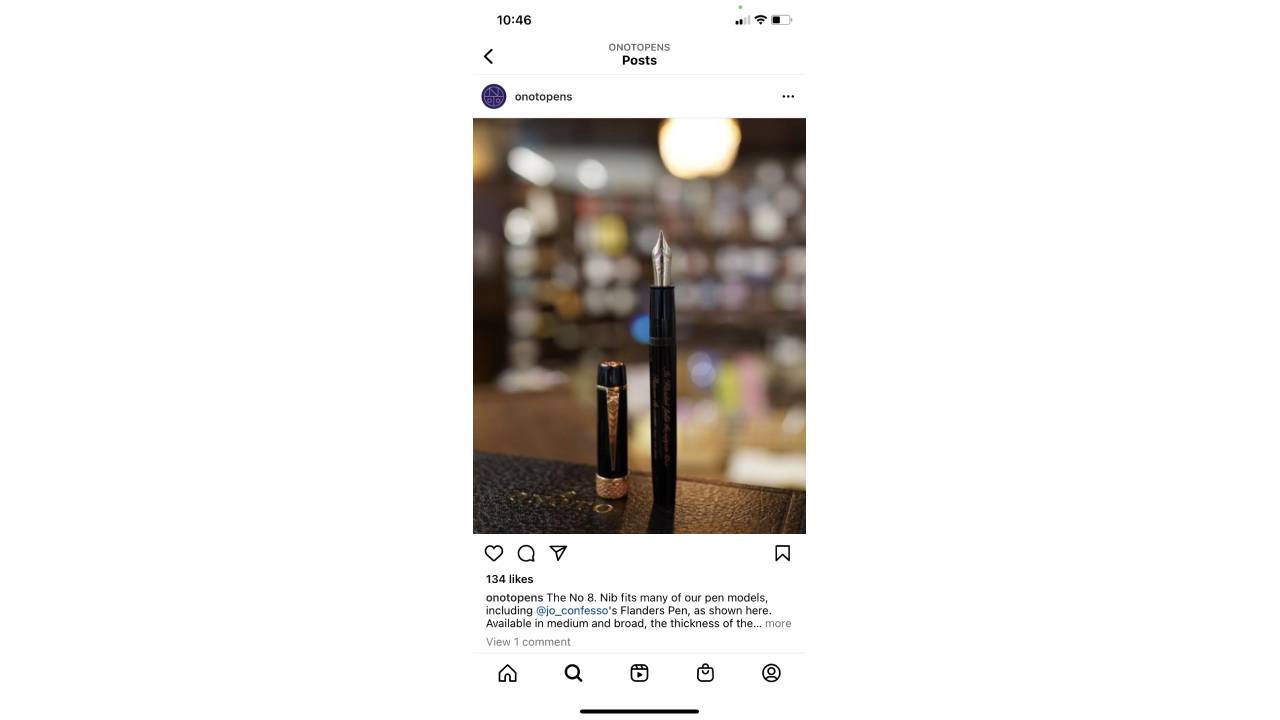 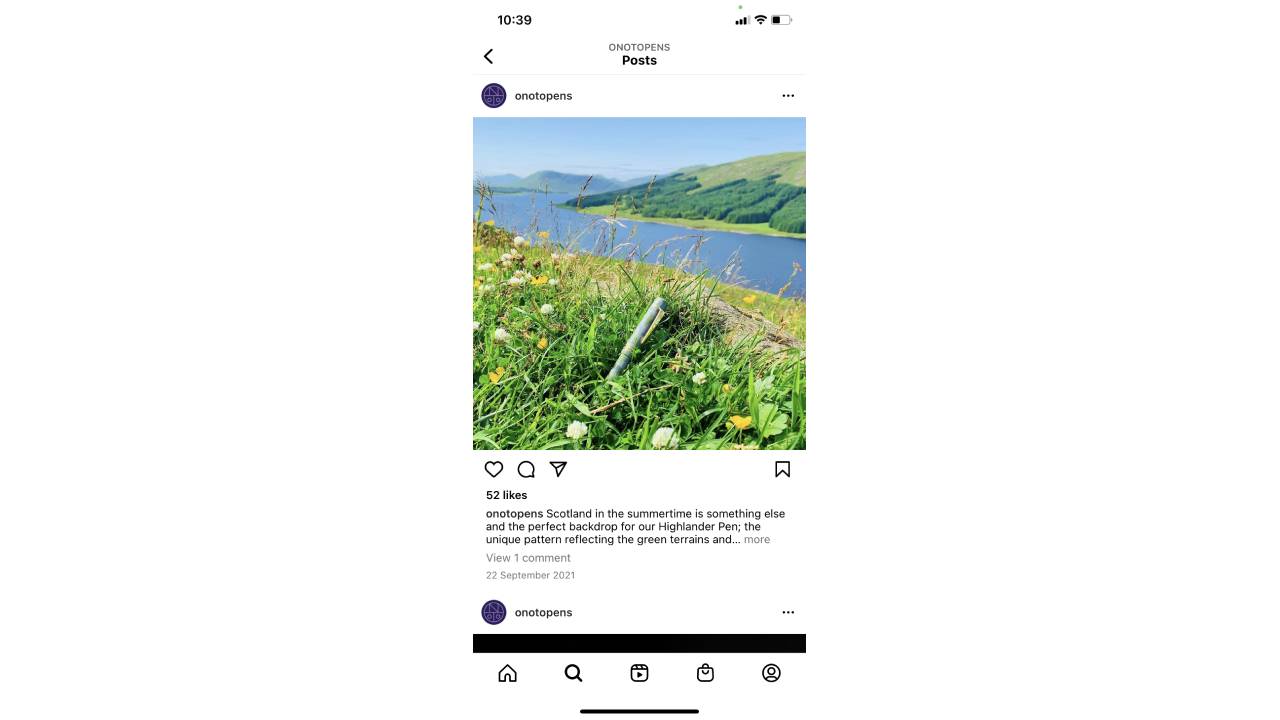 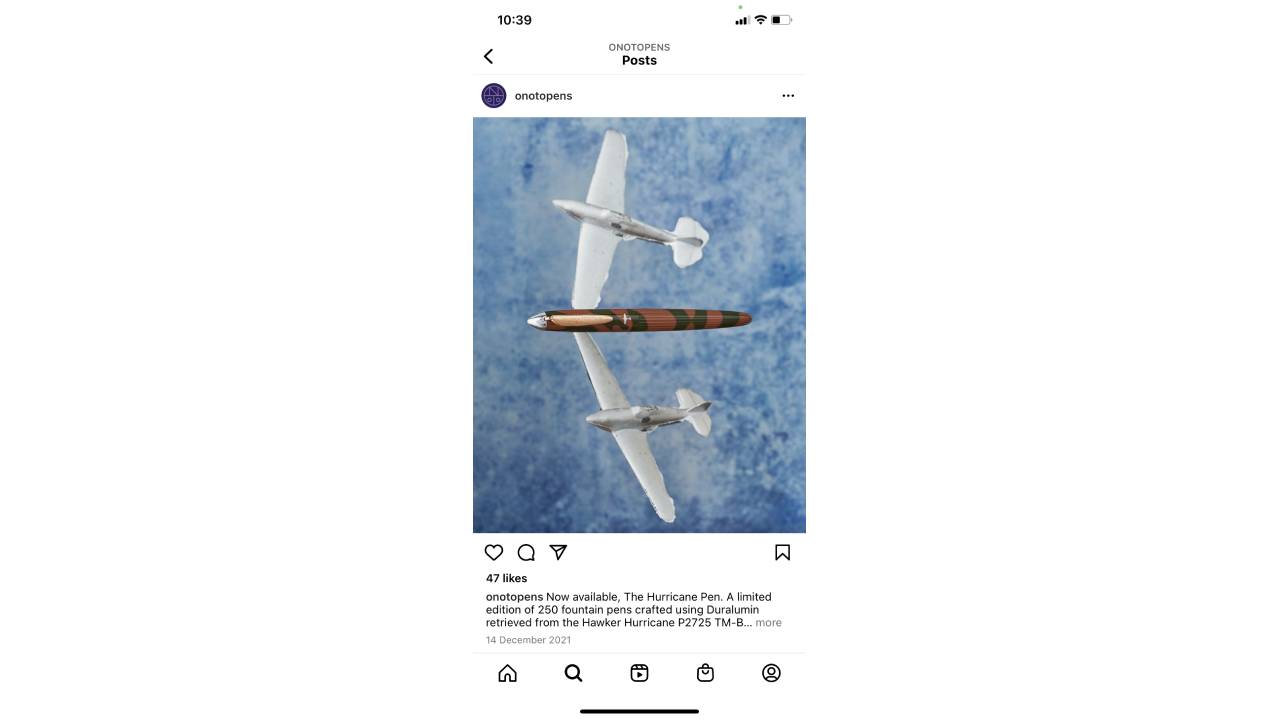 The advertising industry loves it when brands let their hair down every 1st April, so we were delighted when Onoto said it wanted to join in the fun. Together we launched the Onoto Smart Pen, which would be able to communicate with its accompanying app to tell you the strength of its nib and how much ink was left before needing a refill. Needless to say, it wouldn’t have fooled many people, but with the way technology is advancing, we wouldn’t be surprised if this became a reality soon.

The organic posting to this point had all been in preparation for Onoto to dip its toe in the world of paid social media. Onoto has a loyal following, but to reach a wider audience, we knew it would have to put money behind its campaigns to get seen by more people. Our in-house media planning team recommended a small test budget at first and built out a target audience. We selected the Hurricane pen as the product to promote, which is made with metal taken from a real Hurricane fighter plane from the Battle of Britain. 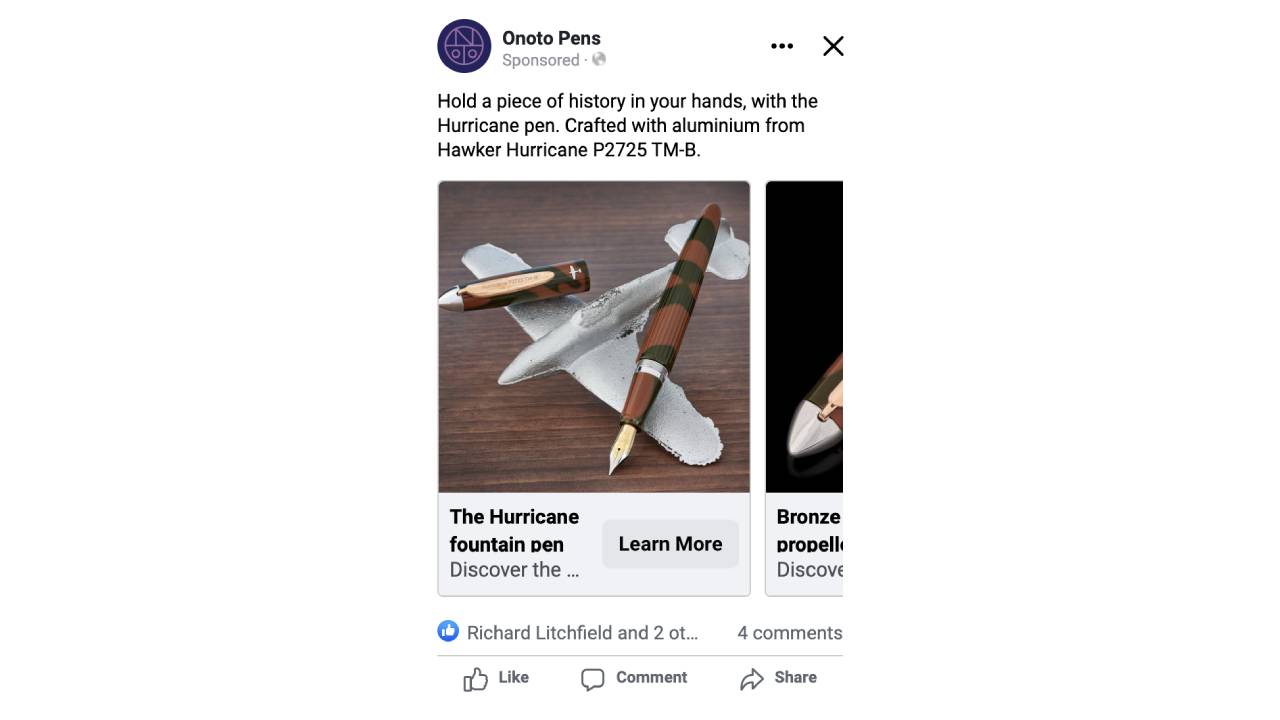 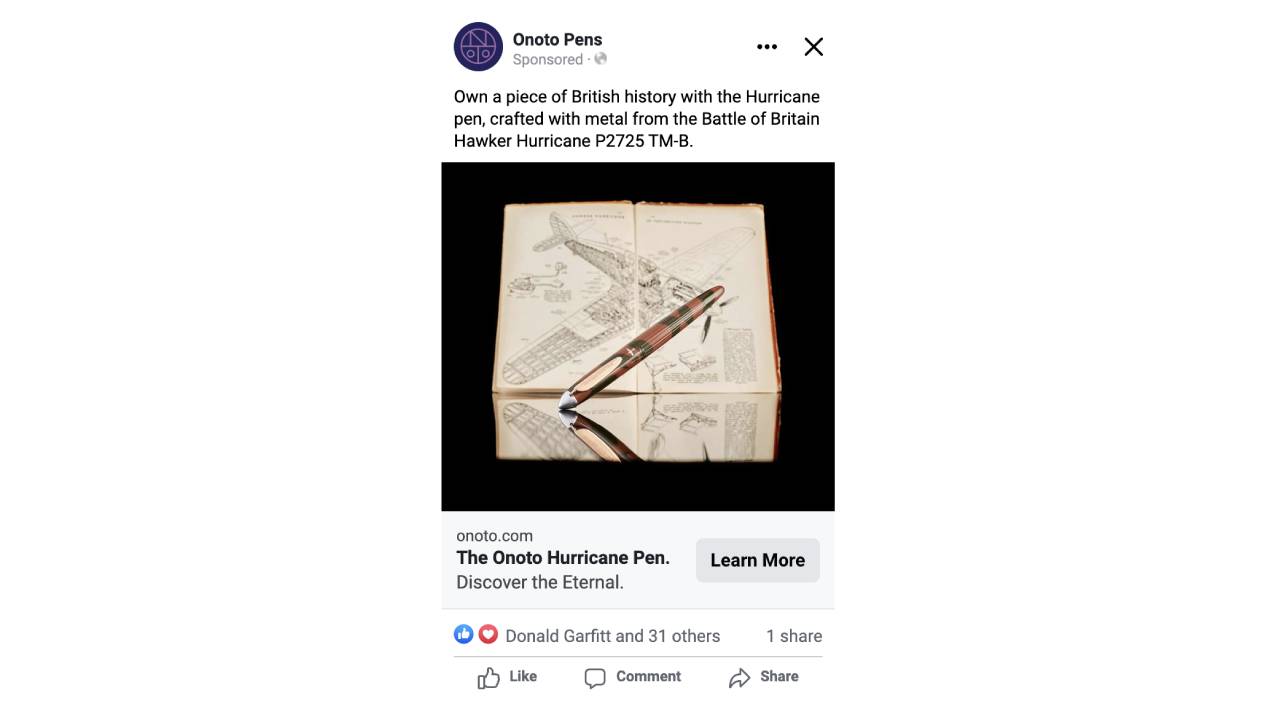 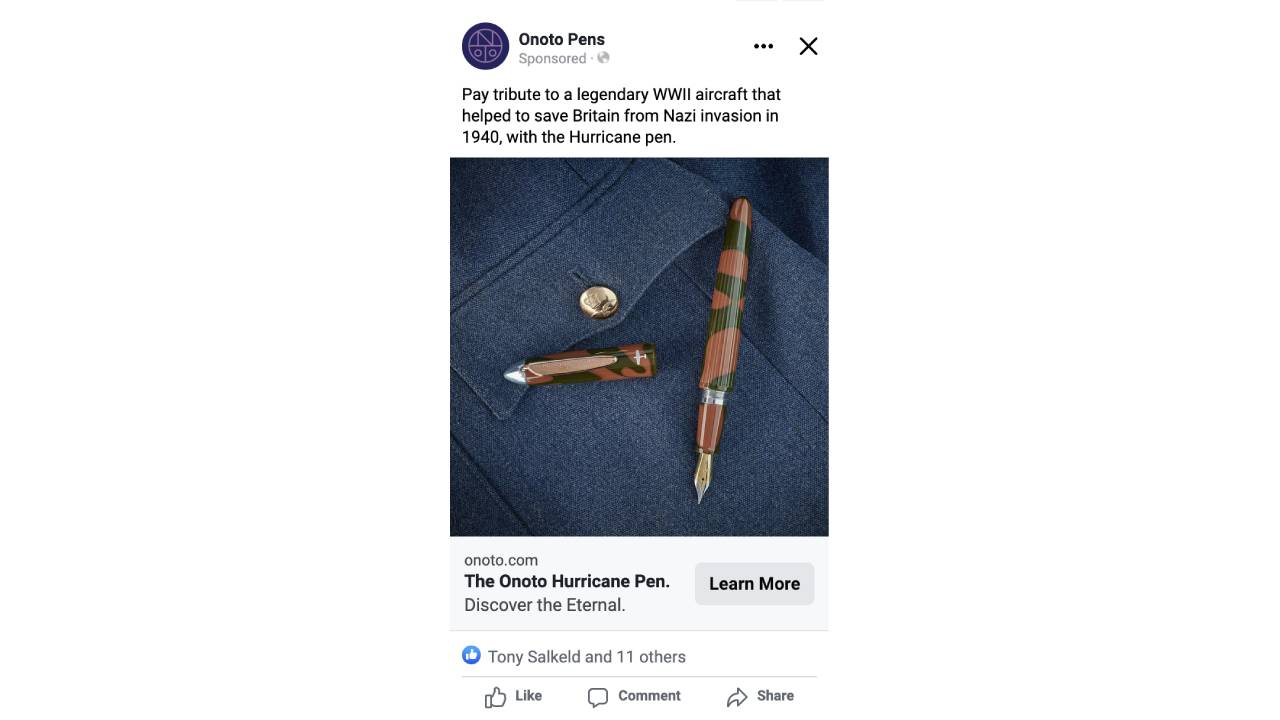 After 14 days and with a budget of just £200, the campaign delivered 725 clicks, over 5 times as many as the KPI target, and reached 12.1K users over 28.5K impressions. Though only a small trial, the positive results gave Onoto the confidence to commit greater spend to future campaigns. Paid media and a focus on growing its audience is now a more permanent element of the overall marketing plan, and we’re enjoying the part we’re playing in growing the success of this heritage brand.